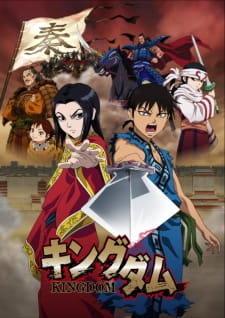 Plot Summary: During the Spring and Autumn period of ancient China, in the western state of Qin, lives two boys, Shin (Xin) and Hyou (Piao), orphaned by war. They spend their days in strenuous training with the goal of one day being great military commanders. The turning point in their lives occurs when Hyou catches the eye of Minister Shou Bunkun (Changwenjun), who gives him the opportunity to serve in the imperial palace. However, a power struggle occurs shortly thereafter. Hyou is gravely wounded and barely escapes with his life to return home. He entrusts a map into the care of Shin. Following its direction, Shin encounters Sei (Zheng), the young king of Qin, who would in later life be known as Shikoutei (ShiHuangDi).