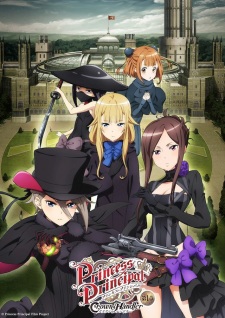 Plot Summary: The film is set in London at the end of the 19th century and after the attempted assassination of the Imperial princess in the television anime. The Empire is increasing counter-spy actions in the wake of the incident, and finds Control, the Commonwealth group in charge of covert operations against the Empire, at unease and suspecting its spy within the royal family as a double agent. Control assigns their spy ring Dove with a new mission to extract a secondhand bookstore owner and deliver him to Commonwealth hands. Ange, Dorothy, and Chise successfully spring the bookstore owner from an Imperial prison. Control also assigns Dove to make contact with Bishop, their spy within the royal family, to ascertain their loyalties.