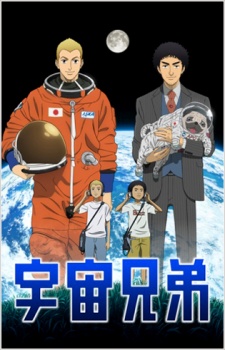 Plot Summary: When they were young, the brothers Mutta and Hibito promised each other they would become astronauts. Now, in 2025, Hibito has followed his dream to become the first Japanese on the moon, but Mutta has just been fired from his job. His brother reminds him of their childhood promise, and Mutta decides once again to aim for space.